Your ultimate surf guide for South Lombok. Get a first overview of the different surf spots in Gerupuk, South Lombok. Roots Lombok is located in Gerupuk and is home to five surf breaks. All reachable by boat within 15 minutes.

You can surf in Lombok all year around. The water has a constant temperature of around 27˚ to 29˚ degrees. Despite a year-round swell, there are months when the surfing conditions are better than in others. During the wet season (October – April) almost all surf spots in Lombok are working. The swell is smaller compared to the one in the dry season, but way cleaner and a lot of opportunities for riding glassy waves. In the dry season (May – September) the swell can get pretty big but the waves are unfortunately often ruined by the trade winds which start picking up around 9 am. So, the best time to go surfing is early morning.

Gerupuk is home to five surf breaks. The waves here are suitable for beginners and intermediates, but should a bigger swell come, the experienced surfers can show their skills. All surf spots are a short boat ride from Gerupuk village. 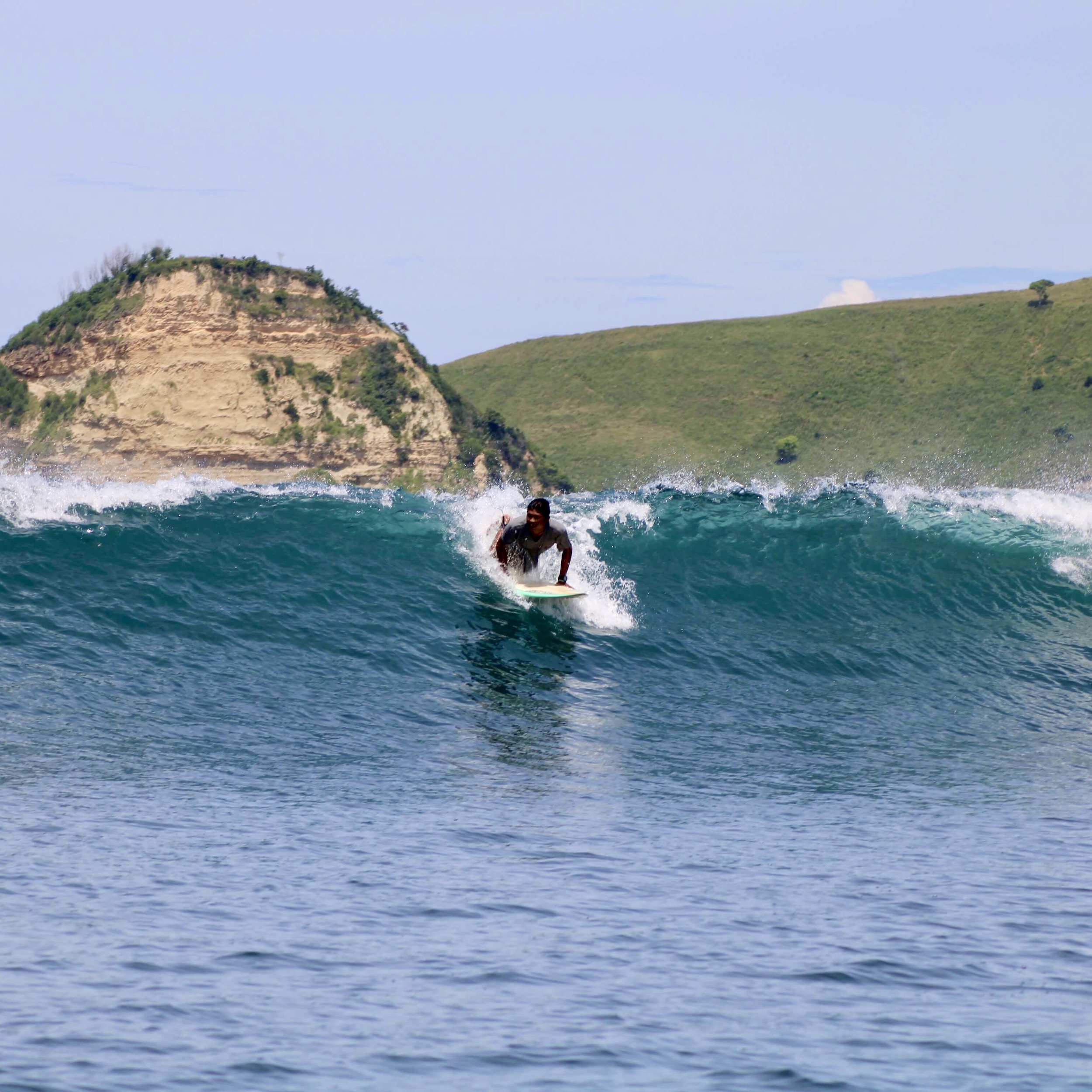 Don-Don is an easy A-frame, which means it breaks to the left and to the right, with a reef underneath. The spot works with mid-and high tide conditions. The wave is from mellow (slow) to steep (fast), depending on the tide. It is definitely a popular spot for beginners or intermediate surfers, as you have time to work on your surfing skills. Unlike other spots, Don-Don needs a big swell to work. 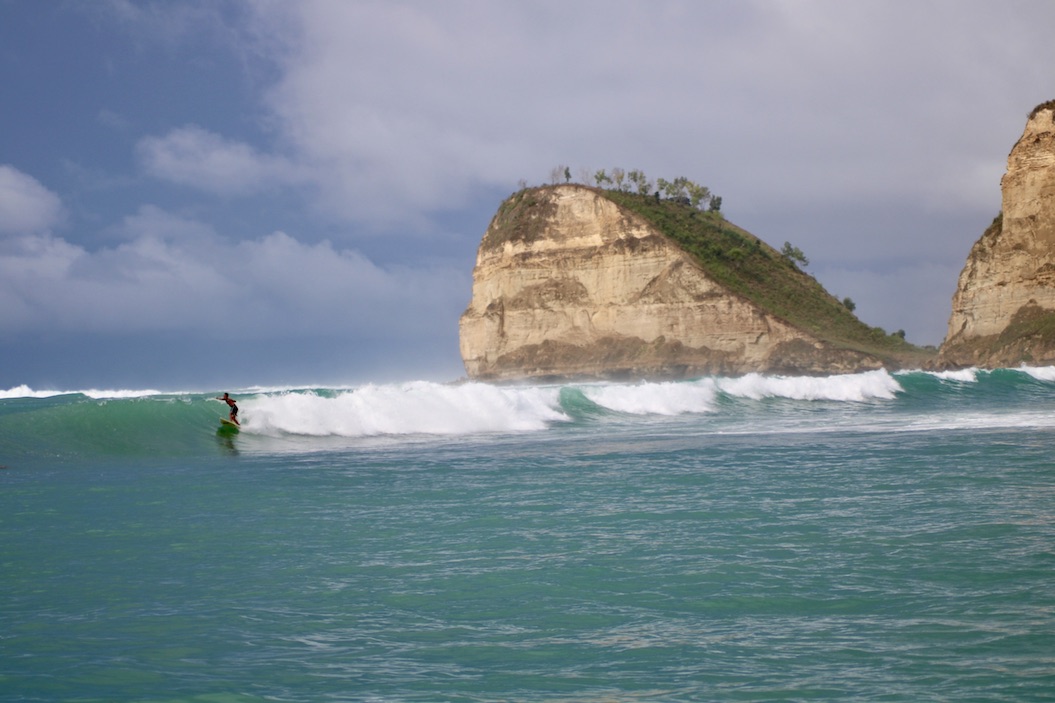 Kids Point is the only point break we have in the bay. Meaning: The wave gives you a long ride. This spot needs a very big swell and starts to work from 4ft – 5ft. It’s a right-hander with a sharp reef underneath. Works with the mid-to-high tide. We are facing nice, but steep waves, which need fast pop-ups with quick bottom turns. On a lucky day, you can also get barreled. 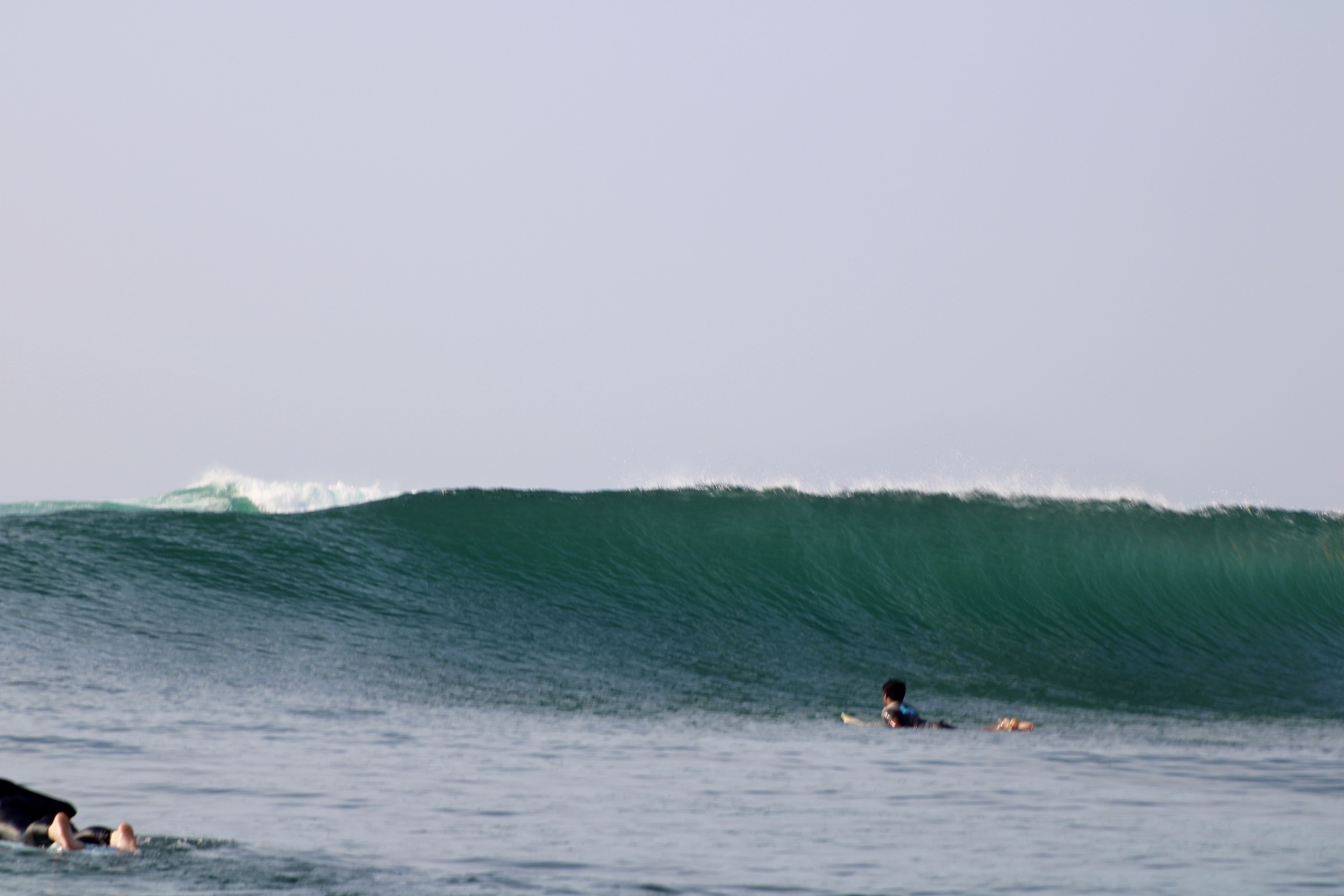 Outside right is a solid right-hander and has various line-ups/peaks to surf. Outside works from mid-to-high tide due to flat reefs under it and stone formations. Outside right can get quite heavy and is characterized by steep waves with big drops and a good chance to get barreled. 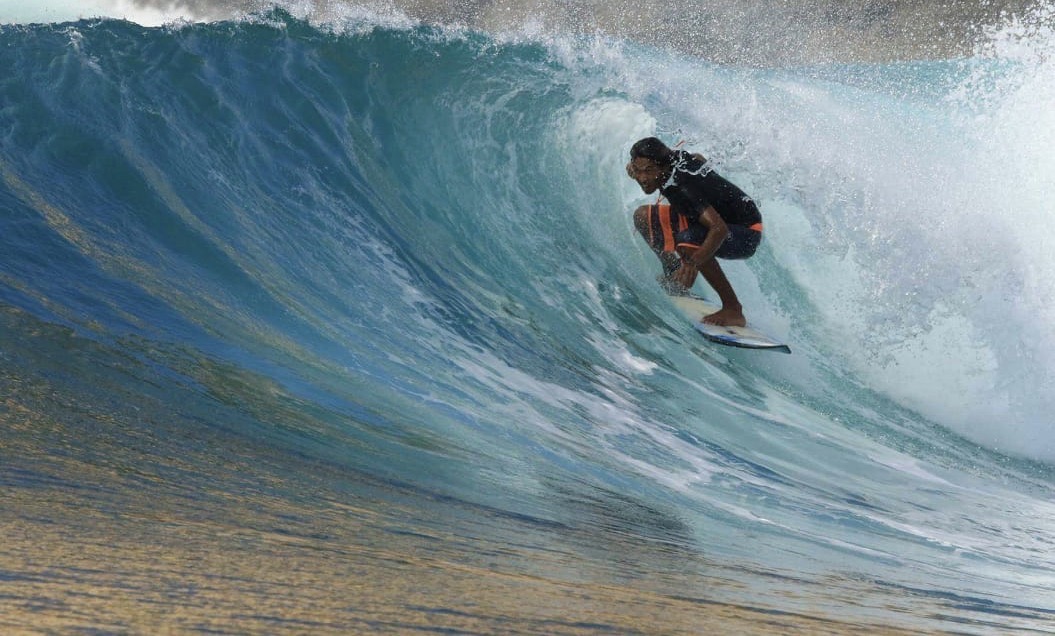 Outside left is an inconsistent left-hander, suitable for the experienced surfer. The waves are breaking against the cliff, has no channel and it’s a must to have the knowledge of duck diving. Outside left is working from the mid-to-high tide. The wave is hyper steep and is super nice for getting barreled. 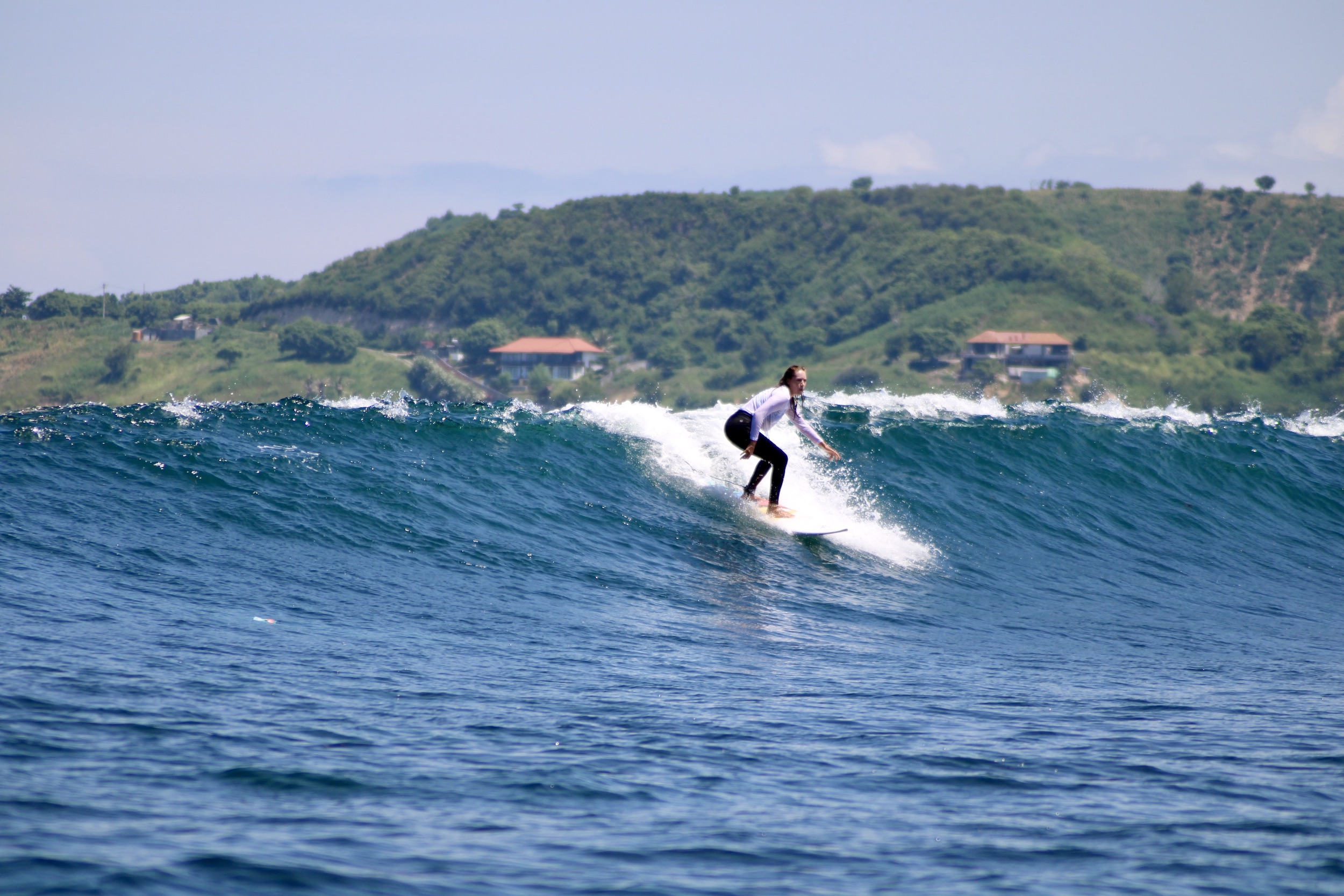 Inside has a long right-hand wave (possible to the left on small days) with a shallow reef underneath covered with seagrass. Inside is a favourite spot for many people because it is the only spot that breaks at all types of tides and is always surfable. The best time to surf is on an incoming tide. This spot is surfable at any time of the year and can handle any wind as it is protected by the surrounding hills. The wave is usually gentle and forgiving (easy wave, you have time to smile).

Are you ready to start your surf journey? Check out our packages under ROOTS LOMBOK-PACKAGES or our local surf conditions and forecast at GERUPUK BAY SURF REPORT AND FORECAST.

Blog post was written by Zakir,
Co-Founder of Roots Lombok.